The GMAHS History Readers Book club meets the first Tuesday of each month, 6:30 PM, at Promont. The lineup of books for upcoming months includes:

During World War II a community called Manzanar was created in the high mountain desert country of California. Its purpose was to house thousands of Japanese Americans. Among them was the Wakatsuki family, who were ordered to leave their fishing business in Long Beach and take with them only the belongings they could carry. Jeanne Wakatsuki Houston, who was seven years old when she arrived at Manzanar in 1942, recalls life in the camp through the eyes of the child she was.

First published in 1973, this new edition of the classic memoir of the Japanese American experience in the internment camps includes an inspiring afterword by the authors.

The Eulogist by Terry Gamble

From the author of The Water Dancers and Good Family, an exquisitely crafted novel, set in Ohio at Cincinnati in the decades leading to the Civil War, that illuminates the immigrant experience, the injustice of slavery, and the debts human beings owe to one another, witnessed through the endeavors of one Irish-American family.

The Tattooist of Auschwitz by Heather Morris


This beautiful, illuminating tale of hope and courage is based on interviews that were conducted with Holocaust survivor and Auschwitz-Birkenau tattooist Ludwig (Lale) Sokolov—an unforgettable love story in the midst of atrocity.

In April 1942, Lale Sokolov, a Slovakian Jew, is forcibly transported to the concentration camps at Auschwitz-Birkenau. When his captors discover that he speaks several languages, he is put to work as a Tätowierer (the German word for tattooist), tasked with permanently marking his fellow prisoners.

Imprisoned for over two and a half years, Lale witnesses horrific atrocities and barbarism—but also incredible acts of bravery and compassion. Risking his own life, he uses his privileged position to exchange jewels and money from murdered Jews for food to keep his fellow prisoners alive.

One day in July 1942, Lale, prisoner 32407, comforts a trembling young woman waiting in line to have the number 34902 tattooed onto her arm. Her name is Gita, and in that first encounter, Lale vows to somehow survive the camp and marry her.

A vivid, harrowing, and ultimately hopeful re-creation of Lale Sokolov’s experiences as the man who tattooed the arms of thousands of prisoners with what would become one of the most potent symbols of the Holocaust, The Tattooist of Auschwitz is also a testament to the endurance of love and humanity under the darkest possible conditions.

Her marriage prospects limited, teenage Varina Howell agrees to wed the much-older widower Jefferson Davis, with whom she expects the secure life of a Mississippi landowner. Davis instead pursues a career in politics and is eventually appointed president of the Confederacy, placing Varina at the white-hot center of one of the darkest moments in American history—culpable regardless of her intentions.

The Confederacy falling, her marriage in tatters, and the country divided, Varina and her children escape Richmond and travel south on their own, now fugitives with “bounties on their heads, an entire nation in pursuit.”

Intimate in its detailed observations of one woman’s tragic life and epic in its scope and power, Varina is a novel of an American war and its aftermath. Ultimately, the book is a portrait of a woman who comes to realize that complicity carries consequences.S

Code Girls: the Untold Story of the American Women Code Breakers of WWII by Liza Mundy


Recruited by the U.S. Army and Navy from small towns and elite colleges, more than ten thousand women served as codebreakers during World War II. While their brothers and boyfriends took up arms, these women moved to Washington and learned the meticulous work of code-breaking. Their efforts shortened the war, saved countless lives, and gave them access to careers previously denied to them. A strict vow of secrecy nearly erased their efforts from history; now, through dazzling research and interviews with surviving code girls, bestselling author Liza Mundy brings to life this riveting and vital story of American courage, service, and scientific accomplishment.

We read book #1, Chains, in 2019 and we are finishing the Trilogy this month to learn what becomes of Isabel, Curzon, and Ruth.


It’s 1776 and Isabel, Curzon, and Ruth have only ever known life as slaves. But now the young country of America is in turmoil—there are whisperings, then cries, of freedom from England spreading like fire, and with it is a whole new type of danger. For freedom being fought for one isn’t necessarily freedom being fought for all…especially if you are a slave. But if an entire nation can seek its freedom, why can’t they? As war breaks out, sides must be chosen, death is at every turn, and one question forever rings in their ears: Would you risk everything to be free? As battles rage up and down the Eastern seaboard, Isabel, Curzon, and Ruth flee, separate, fight, face unparalleled heartbreak and, just like war, they must depend on their allies—and each other—if they are to survive. Which leads to a second, harrowing question: Amidst so much pain and destruction, can they even recognize who their allies are?


In 1844, shy Missouri belle Julia Dent met Lieutenant Ulysses S. Grant, brilliant horseman and reluctant soldier. The two fell deeply in love, but Grant’s abolitionist family refused to attend their wedding. For despite her husband’s objections, Julia kept as her slave another Julia, known as Jule.

Since childhood they had been companions and confidantes. Julia was gifted with prophetic dreams, which Jule helped her interpret; Julia secretly taught Jule to read, while Jule became her vision-impaired mistress’s eyes to the world. But as Grant rose through the ranks of the Union army during the Civil War, the stark distinctions between mistress and slave strained their unlikely friendship. Both women risked certain danger as they traveled to and from General Grant’s military headquarters—until the signing of the Emancipation Proclamation inspired Jule to make a daring bid for freedom.

The Pioneers by David McCullough


As part of the Treaty of Paris, in which Great Britain recognized the new United States of America, Britain ceded the land that comprised the immense Northwest Territory, a wilderness empire northwest of the Ohio River containing the future states of Ohio, Indiana, Illinois, Michigan, and Wisconsin. A Massachusetts minister named Manasseh Cutler was instrumental in opening this vast territory to veterans of the Revolutionary War and their families for settlement. Included in the Northwest Ordinance were three remarkable conditions: freedom of religion, free universal education, and most importantly, the prohibition of slavery. In 1788 the first band of pioneers set out from New England for the Northwest Territory under the leadership of Revolutionary War veteran General Rufus Putnam. They settled in what is now Marietta on the banks of the Ohio River.

The Ghosts of Eden Park by Karen Abbott

Combining deep historical research with novelistic flair, The Ghosts of Eden Park is the unforgettable, stranger-than-fiction story of a rags-to-riches entrepreneur and a long-forgotten heroine, of the excesses and absurdities of the Jazz Age, and of the infinite human capacity to deceive.

The Witch of Blackbird Pond by Elizabeth George Speare

Sixteen-year-old Kit Tyler is marked by suspicion and disapproval from the moment she arrives on the unfamiliar shores of colonial Connecticut in 1687. Alone and desperate, she has been forced to leave her beloved home on the island of Barbados and join a family she has never met. Torn between her quest for belonging and her desire to be true to herself, Kit struggles to survive in a hostile place. Just when it seems she must give up, she finds a kindred spirit. But Kit’s friendship with Hannah Tupper, believed by the colonists to be a witch, proves more taboo than she could have imagined and ultimately forces Kit to choose between her heart and her duty.

Elizabeth George Speare won the 1959 Newbery Medal for this portrayal of a heroine whom readers will admire for her unwavering sense of truth as well as her infinite capacity to love.

Falling Angels follows the fortunes of two families in the emerging years of the twentieth century in England, while the Queen’s death reverberates through a changing nation. Told through a variety of shifting perspectives—wives and husbands, friends and lovers, masters and their servants, and a gravedigger’s son—Falling Angels is graced with the luminous imagery that distinguished Girl With a Pearl Earring, Falling Angels is another dazzling tour de force from this “master of voices”

Little Women by Louisa May Alcott

Little Women is a novel by American author Louisa May Alcott (1832–1888), which was originally published in two volumes in 1868 and 1869. Alcott wrote the books rapidly over several months at the request of her publisher. The novel follows the lives of four sisters—Meg, Jo, Beth, and Amy March—detailing their passage from childhood to womanhood, and is loosely based on the author and her three sisters. Little Women was an immediate commercial and critical success, and readers demanded to know more about the characters. Alcott quickly completed a second volume (entitled Good Wives in the United Kingdom, although this name derived from the publisher and not from Alcott). It was also successful. The two volumes were issued in 1880 in a single work entitled Little Women. Alcott also wrote two sequels to her popular work, both of which also featured the March sisters: Little Men (1871) and Jo’s Boys (1886). Although Little Women was a novel for girls, it differed notably from the current writings for children, especially girls. The novel addressed three major themes: “domesticity, work, and true love, all of them interdependent and each necessary to the achievement of its heroine’s individual identity.” 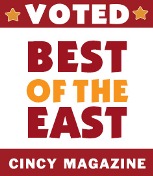 Support Us Through PayPal